BACK TO NEWS, EVENTS AND BLOG

Are Some Running Track Surfaces Faster Than Others? 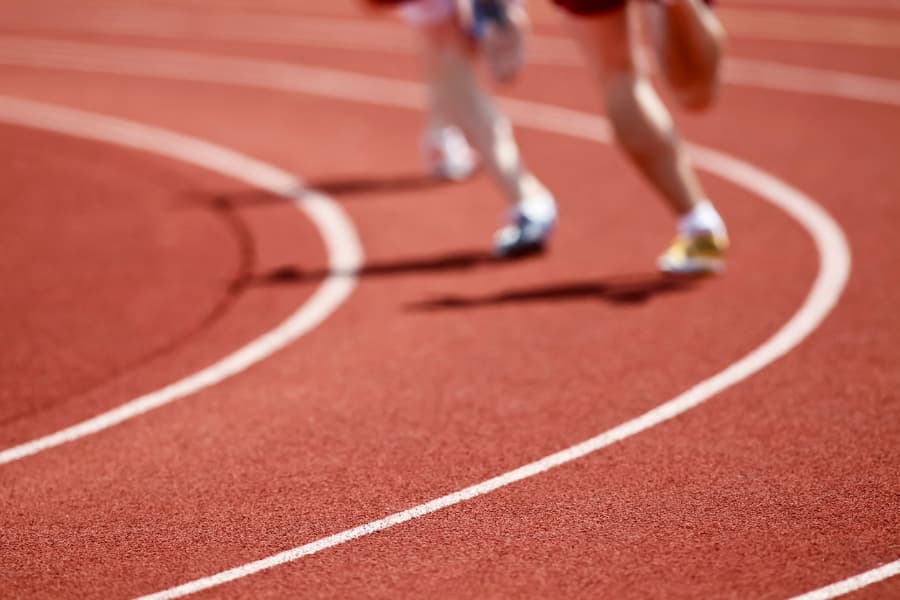 Athletes who spend enough time running on various tracks may notice their times are better on certain surfaces than others. Athletic and business directors should recognize how these types of running tracks can directly impact an athlete’s performance time. American Athletic Track and Turf, the East Coast’s premier running track and artificial turf builder, explains why some running track surfaces produce faster running times than others and which surfaces are generally faster.

Several aspects play a role in what makes some track surfaces produce faster running times. Because not every surface is designed the same, athletes might see their times vary depending on the running track. Factors that may determine run times include:

Instead of making you faster, some track surfaces slow you down by increasing ground contact time. What this means is a runner’s foot remains in contact with the ground for longer than it would on other surfaces, causing them to run slower.

Softer surfaces that have slightly more give, such as clay and cinder running tracks, are known to increase ground contact time. Differences in ground contact may be hard to notice while running, but they can certainly make a large impact on overall run times.

The texture of a running track surface can also play a role in how fast it enables athletes to run. Generally, surfaces that offer more texture, such as rough-textured concrete and synthetic running track surfaces, provide a better grip. This added grip allows runners to stabilize their bodies much quicker and gives them sufficient friction to make their next stride faster, resulting in improved run times.

Which Running Track Surfaces Are Faster?

When looking for a track surface that can optimize a runner’s potential and produce faster run times, athletic directors and facility managers should consider harder running track surfaces. Surfaces like asphalt and synthetic are sturdy enough to minimize shock absorption and ground contact time but also feature enough texture to provide runners with sufficient grip. These conditions are why some runners may feel they perform better when running on these types of surfaces.

What Else To Consider

For those in charge of athletic facilities, speed and performance are not the only aspects to consider when selecting a running track sport surface. You should also take the following into account:

If you wish to upgrade the running track at your school, consider partnering with American Athletic Track and Turf. For over 25 years, we have worked with several athletic and business directors along the East Coast, performing countless jobs. Our work speaks for itself, earning us numerous awards and several prestigious titles from organizations like the American Sports Builders Association.

Trust the Expert Builders at American Athletic Track and Turf

As a certified running track builder that specializes in all four major components of sports field construction, we offer clients extensive repair services and enhanced warranties. We are also proud to provide our clients with the SmartBuy Co-op Purchasing Program. This program allows clients the luxury of skipping the traditional bidding process to acquire the upgraded facilities they need while saving time and money. We serve schools and similar athletic facilities in many regions, including eastern Pennsylvania, southern Massachusetts, Delaware, Connecticut, New Hampshire, Rhode Island, Vermont, Florida, New Jersey, and Maine. For more information about different track surfaces and how they play a role in running times, contact us today at American Athletic Track and Turf.

From Southern New England and the Mid-Atlantic region to Florida, American Athletic Track and Turf is the East Coast’s most trusted sports contractor. With more than 150 years of combined experience, 13 national ASBA awards for sports construction excellence, and ASBA Certified Track Builders and Field Builders on staff, our team understands how to make the most of your next project. Let us assist you with:

To ensure every project meets the high standards of facility owners, athletes, and stakeholders, we utilize advanced design principles and the latest laser equipment to get the job done. As a vertically integrated contractor, you can trust our team to perform all significant aspects of construction, never leaving your facility to less experienced third-party contractors.

Don’t wait – put your sports construction project in the hands of the region’s most trusted experts. For more information, contact American Athletic Track and Turf today to schedule a site assessment, receive a free quote, and take the first steps toward your state-of-the-art athletic facility.

Let Us Fast Track Your Project